The whole Apokalepsia album release live stream concert from May 2021 can be viewed as a video playlist on our Youtube channel. All the visuals that can be seen in the videos were created live by VJ Hellstone, our maestro of lights Blitzlicht and the extended team of artists collaborating with HHH.

Apokalepsia was concocted, composed and performed by Hundred Headless Horsemen at Sir Näs Studios in Helsinki, Finland. The band remains anonymous, but we were joined by Mikko Suikkanen on electric violin, Saergu on modular synthesizers in “The Road” and Titus on percussion on “The Road” and “Spleen”.

Photographer and visual artist Karl Ketamo (www.karlketamo.com) worked with us to create a visual form for our concept and produced the photographs featured in the cover art.

Apokalepsia is released by Inverse Records in collaboration with our own label Särö. The album is availble now on Bandcamp as a digital download and also in physical Compact Disc format. You can also stream the album on all major streaming platforms, Spotify, Tidal, Deezer, Apple Music and Amazon music. 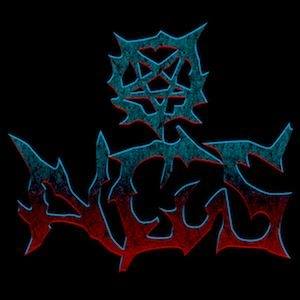 No Clean Singing@no_singing
Read More
"...an even better comparison would be to think of HHH as the Death Metal equivalent of Oranssi Pazuzu, with whom they not only share a love of sludgy grooves and psychotropic sounds, but also an almost pathological aversion to playing by the rules." 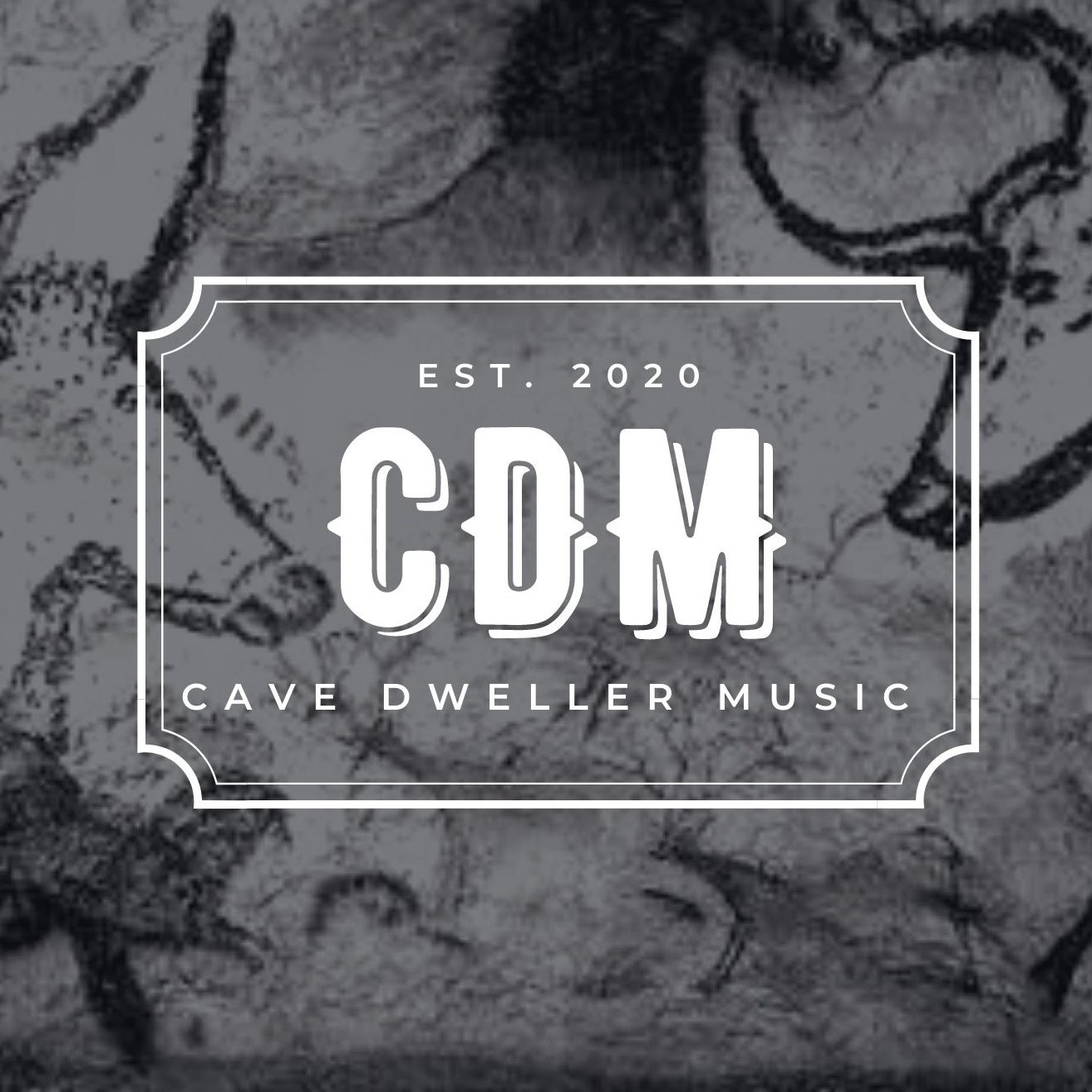 Cave Dweller Music@dweller_music
Read More
I would say that at the very least the band takes us on a journey into the unknown, one that explores areas seldom visited, or at least seldom visited simultaneously in one album. Overall, the album is impeccably written, each song is a true work of art within itself, but when looked at collectively they make up a truly impressive album.. 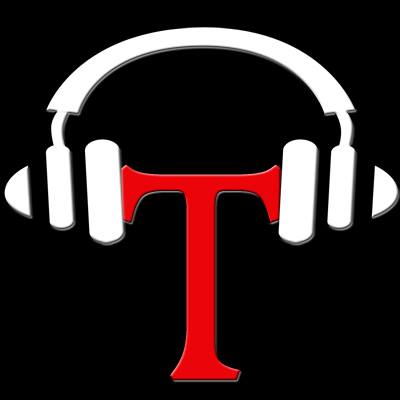 Tempelores@tempelores
Read More
They are truly unique and playing a completely different game than the rest of the artists in adjacent scenes... Apokalepsia is a masterwork and worthy of multiple re-listens to peel back the layers and find some clarity. 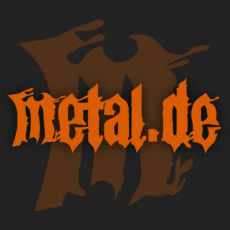 Special edition Hundred Headless Horsemen Pure Waste T-shirts are now available through Reddy Shop. The products are printed only on order and the shirts are made of 100% recycled textiles to avoid wasting of natural resources.

Apokalepsia is a group of psychoneurological symptoms characterized by recurrent seizures, episodes that can vary from brief and nearly undetectable interludes to long periods of vigorous shaking, hyperventilation, suffocating despair and a failure to function in a world defined by its imminent devastation. Apokaleptic seizures have a tendency to recur and are often triggered by visual or auditory sensations. Many victims also describe vivid visual and auditory hallucinations during apokaleptic seizures. (Zhu et al, 2042).

Victims of the condition are overtly sensitive to light and to high-pitched repetitive sounds and  have described experiences during apokaleptic seizures that seem to link these sensitivities in a state of sensory overload where exposure to one element creates a vivid sensation of the presence of the other. Thus, patients with severe cases of Apokalepsia have been confined into quarters that have been kept dark and quiet for their own safety. It has been noted that these types of surroundings have kept the hallucinations to a moderate level and at a tolerable intensity level. One victim describes: ”The friction creates a sound that resonates in time with the light that makes the world visible. Both the sound and the light only exist in a brief interlude between the dark and the quiet. The shadow and the silence, however, are needed for the sound and light to create rhythm and composition. When the sound stops I realize i am back in the dark, unable to  move, frozen as the time ahead of me.”

While regaining composure and coming out of the seizure, some victims have described the  normal world to be composed upside down. It seems that during apokaleptic seizures, the  processes in the brain that govern reception of visual stimuli are more or less “switched off” and  take time to recover. Some victims have described this to lead them to question the anthropocentricity of the known natural laws: “The human brains turn the image presented by the lenses of our eyes for us to process it in the way we are used to. Is this true of all creatures, or is it a choice evolution has made only for us? Will the truth of the construction of imagery be changed in the world of insects and bacteria?”

So far, it is impossible to say whether these hallucinations and the explanations the victims are  giving for them are only caused by their psychological condition. The descriptions of the imagery, and the explanations for them, seem to be strangely similar in all cases. Patients are to be convinced that these hallucinations are the result of the microbiomes voicing their desire to communicate through our bodies. Indeed, the work conducted at our institute points to a correlation between a higher quantity of bacteria capable of inducing light in the microbiomes of the victims. If it were possible for microbes to intercommunicate and to create visual sensations by inducing light straight onto the lenses of the human eyes together, it would by current scientific standards require the presence of an intelligent entity to draw together the efforts into coherent images. Evidence of such a presence is yet to be presented.

A pattern recurrent among many victims is a desire to communicate with “the past” by writing letters, proclamations and memoirs directly addressed to their predecessors. The writings comprise mostly of abundant descriptions of the current state of the natural order and calls to action in order to avoid the fate that lies ahead. The victims seem convinced of their ability to communicate their  ideas backwards in time, but when pressed as to how they will be able to do this, the answers vary  from enigmatic to unintelligible. A persistent idea among many victims seems to be that the ideas could be communicated through “our microbiomes that transcend time”. In order to achieve this, some victims have resorted to eating their writings, others have chosen more subtle ways and believe the hallucinations to play a key part in this pattern. Certain studies indeed indicate that after  an aion of travel in interstellar space, it seems impossible to measure the age of the constituents of the microbes. Within our limited measurement system, these microbes seem to comprise particles from the past, present and the future.

A case who resided at our unit and left behind a significant body of writings, continues: “The  success of evolution will not be measured by the capabilities of a given species to exploit the  natural resources of its surroundings through intelligent deduction but by resilience alone”. The  momentum that upholds life comes from death, darkness and decay, and no matter how delusional we become, our efforts will never be grand enough to transcend this circular motion. In a stark contrast to nature, the economy was always a fiction. A fiction that nevertheless had very real consequences to our lives, which may have led us to the profound misinterpretation of its true form. Much like the parasitic fungi of the amazon rainforests, it drove us to climb ever upward until we were deprived of all power and left with no other option as to caress the material possessions in a desperate deathclasp, while a poisonous beacon that would spread the spores of the fungus was already growing out from the back of our cortexes. The system we had built had long ago gotten out of our control, and was now eating us alive.”

“To see the interconnectedness of the threats that surrounded our existence was possible for the  brief transitional interludes from crisis to crisis. Yet, it was very difficult for us to grasp that crisis  was, in fact, our status quo. A state of crisis that would grant fictional entities such as the economy  to define the kind of lives it was possible for us to lead. Why was it, then, so impossible for us to  imagine alternate futures for ourselves? Even when the lives we were leading were far from stable  and offering equal opportunities for us all? In a world so centered with individualism, was it not a  fallacy that we could not admit to ourselves that our minds were so terrorized by the rhetoric of neoliberal global capitalism that we could not imagine changing our futures because the economy  could suffer? Even if not acting meant that we would soon have neither a future or an economy. And was it really so, that our imaginations had dried out so badly that the best possible future we could envision for ourselves was that things would stay the same, forever and ever?”

“Many of us had bright ideas, but in the end, the ego was always standing in between the ideas and actually living them. Everyone wanted to be the one who brought that crucial crum of insightful knowledge to the table that would finally revolutionise our ways of thinking. When instead of this competition of ideas we should have started enacting them in reality and forged their final forms as we went along our way together. During times of crisis that were particularly acute, we often did find a way to look steadfast into the ray of light that shined hope into our isolated existences and came very close to creating new perspectives for possible futures. It only seemed that the threat facing us needed to be wholly imminent and all-encompassing that a change in our value system could claim widespread support. Did we act soon enough? Did we remind our political leaders that the human rights of our children are as valuable as the rights of the elderly of today? Letting our young ones drown in a puddle of black blood that brought us our earthly  fortunes certainly did not constitute as recognising those rights. Or did we fall right back to xenophobia and building fortresses to protect only our own hides?”

“I have been confined into these quarters since the time of the great plagues and I do not know which path we chose in coming out of them, so the outside world is as much a mystery to myself as it is to you reading  these words right now. On the map that we both must use to navigate our ways forward in this valley of known unknowns reads in bold capital letters: HIC SUNT DRACONES.” The last phrase in these writings that reads “hic sunt dracones” in latin translates as “Here be the dragons” and was used in cartography of the 16th century to mark territories that were by then unknown to the map maker. Whether the writer of this text was referring more to the dragons of their own time, or the ones that would exist in the timeframe of the presumed reader of the text, is unknown. This seems irrelevant, however, since the markings on the wings of the dragons reveal their common lineage. The case, or patient disappeared shortly after writing these last sentences. Treatment, or residence in our premises was voluntary and was only to serve the well-being of our residents. We do not know where this person went and if they are alive today. If you are reading this in the past, the victims seemed to have been right about finding a way to communicate that would transcend time. And we needed to look no further than within to find it.

It is now time for you to step out on the uncharted territories of the map.